OFCOURSE he didn’t do it for free as he knew he was pretty good at it. Yet he couldn’t save his new villain from getting extremely boring as against the standards of ‘interesting’ set by his last bad man the Joker (no offense Mr Joker, ofcourse you are incomparable. Much respect Late Mr Ledger). Nolan seemed desperate to please, probably scared by the hype his much-loved series ended up creating.

Most movie reviewers forgot honesty and got carried away by the hype failing to write what they were ought to: the truth! Most batman fans, and by that I mean the true, hard-core ones, who loved the series not for it being a super hero flick but for it being a movie that still talked about you and I – the regular humans-  would be hurt.

I was hurt for two reasons. One, I used to think here’s one movie maker who tells a story regardless of what people think of him. Two, I felt Nolan fell into his own trap of elevating the dark more than the light in each of his movies in the series. I felt in his bid to outsmart the hero by a more powerful villain, he ended up weakening the core strengths of both. I missed Batman almost all the time in the movie while struggling hard to really be able to HEAR at least one QUOTABLE QUOTE from our new villain.

Ironically, in a Christopher Nolan flick, the girls completely outwitted the guys. I mean come on, I loved Nolan for the ‘boy thing’ he does every single time. Only that the girls did it in a very non-girly way this time. Nice but not Nolan-ish.

It also makes me wonder if sometimes I get carried away by the readability of my pieces more than what I really want to write. It just made me introspect. And when I did, it was almost I felt Nolan’s dilemma, his desperation, his hard work on finding the right conclusion of a great series. And that’s when it struck me.

All Nolan needed was a realisation that he is no super hero. He is a human like everyone else. He is regular. He is creative. He is someone who can create Joker once and must accept that wonders may not happen every time from his pen, his craft. By just this, he could have made a movie closer to his heart, closer to his fans, closer to me. 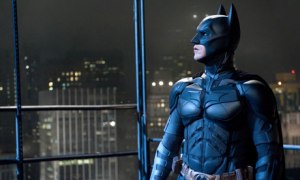