Minutes after you read the last word, you found yourself bitterly missing Pi. He lived with you for four full days. And in those days, you worked harder, met all your deadlines and struggled to keep his thoughts aside ONLY so you could return to him undividedly.  While driving, you pondered over his journeys, his latest triumph, his current meal, his latest challenge. ‘I hope he doesn’t get wet at night’. ‘Hell what if the storm comes again’. ‘What if Richard Parker is still aboard?’ He totally took you in.

Life of Pi, the book, sails with such force.  While the sea rages, calms, dances and travels, Yann Martel ensures a storm keeps brewing in your mind. And Pi, in his struggle through the currents, navigates in your heart smoothly. Why does a 16-year old, brown Indian boy with a peculiar name, succeed in totally ruling you for a considerable time? That’s simple. Martel creates such a vivid sketch of his growing-up years that you almost feel sorry you are not him. His honest quest for God at a tender age and his dauntless acceptance of gods of Hindus, Christians and Muslims before the priests warms your sense of reasoning. It evokes awe for his innocence, a sort of affection for his youth. And so it comes with such a pleasant surprise when you see the same harmless boy scheming against the seas, plotting against his sole surviving companion- Richard Parker.

While the plot achieves the ‘unputdownable’ status in seconds, every other line stirs up an endless stream of thoughts. You find yourself devouring words as if they were a delicious dessert. You keep licking the lines like a black currant ice-cream. Even as Pi occupies his energies to fetch food in the middle of the Pacific, his thoughts feed your mind with a healthier nutrition. To top that is his remarkably funny comparison between zoology and theology.

Why can we throw a question further than we can pull in an answer? He asks with a force that numbs your senses, and moves your soul. When he vomits out of indigestion of foul food or a self-witnessed gory act, he leaves lasting marks of his wisdom on the waters. And oh what analogies his creator gives him. His metaphorical interpretations create an exemplary symphony paradoxically whose every note is crafted from the ordinary details of life.

Yet Pi never sugarcoats. He just says it. And tells a tale of his survival in the most life-like way possible. And it is for this reason that he slips into your ordinary life so easily that when the book ends, you feel a chapter of your life is over. 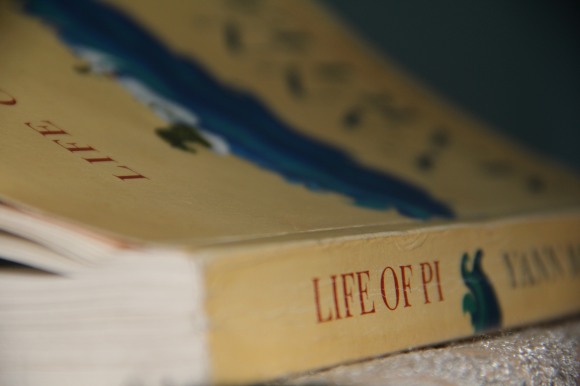