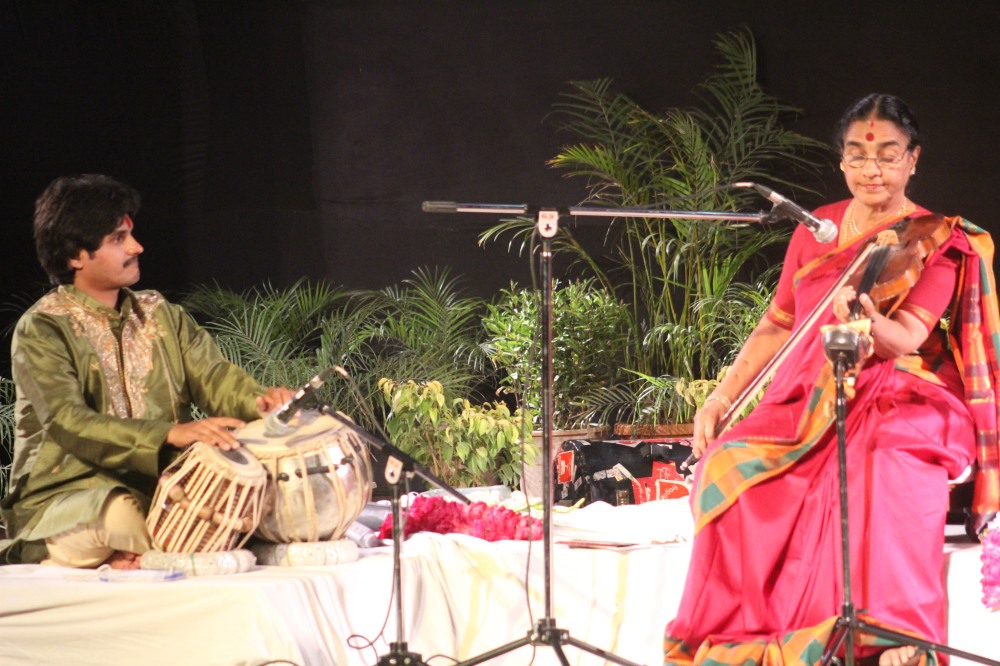 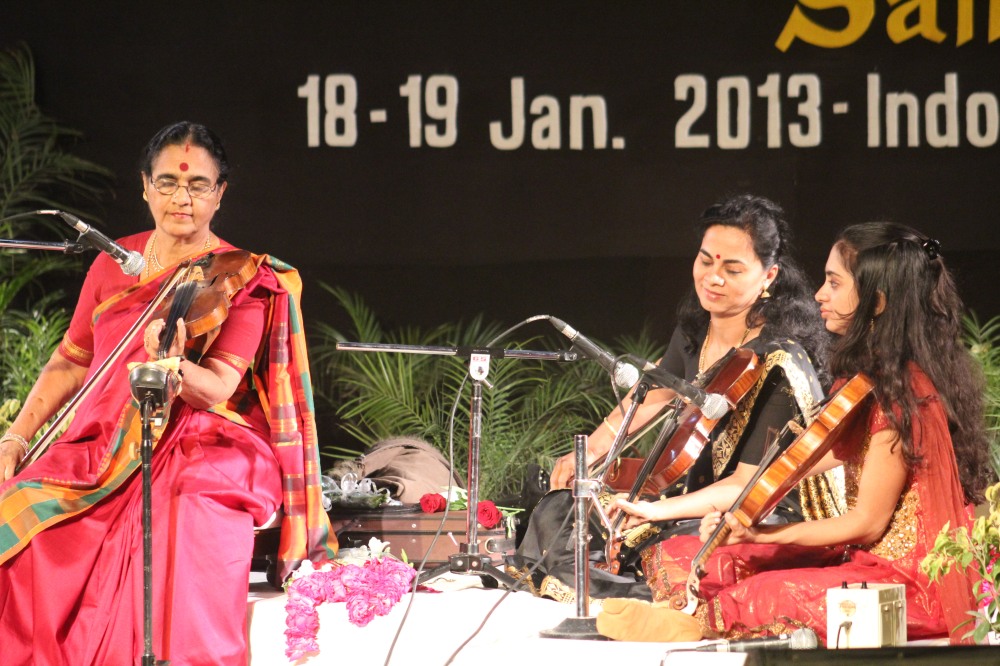 It really was the expelliarmus that left me disarmed. Their sleight of hands was one of an aged magician who doesn’t leave a single spell unspoken. Their bow was the wand that could turn moving objects into stupefied beings while their violin created a matrix of its own kind. The three women from three different generations cast a common spell to mystify every listening being in town that night.

When the Master of all musical tricks Padmabhushan Dr N Rajam began to slide her deft fingers on this seemingly brooding instrument, I was certain I was immune to it. Yet, like a deft magician, she proved it was an illusion. As she cast the Raag Yaman compelling young Himanshu Mahant on a maddening rhythm, the other two artistes blended their proportions in a perfect potion. The sound of three violins amid the taal of tabla was all they needed to bind my heart.

As I felt myself floating in musical skies, the Master’s daughter Dr Sangeeta Shankar began to craft castles. Clad in black saree whose golden border shone brighter as she slithered her violin, Sangeeta commanded higher notes to brilliance. And just when I felt that the cast was about to fade, the grand daughter Ragini snatched away my reality again. She played hide-n-seek with Himanshu as she found newer places to trick him and he took delight in catching her tune every single time. When the two artistes looked at each other, partly teasing and partly admiring the other’s expertise, I longed to drink each drop of the nectar.

The climax was far yet as I heard the artistes play together and reach ‘jhala’. With her violin, the Master seemed to rebuke the prince of rhythms in a mesmerizing duel. A lot of times I felt she was a mother trying to trick her child into heeding to her tune, while he followed suit in obedience. Yet, not for a single time did both lose pace. She led smoothly, he predicted her every move. Thus began an incredible composition of three violins challenging the rules of rhythm in a magical enchantment, tricking and countering one another.

I could have drowned deeper but the Master chose to release me. Her daughter reminded her of the time. When they stopped, the reality almost hurt me like the cold breeze outside. “There are other artistes too, who are performing tonight. So, stop I must,” she said with such authority. I wondered if the stature she enjoys in the Indian Classical Music World was more out of her craft or more out of her humility. A disciple of ‘Sangeet Martand’ Pandit Omkarnath Thakur, Dr Rajam has played with Late Ustaad Bismillah Khan in a historical concert witnessed by Indore years ago. Tonight was no less fortunate for an Indori like me who tasted a musical potion that had the power to change tastes for music altogether.

Credits: Dr Rajam with her daughter Dr Sangeeta Shankar and grand daughter Ragini were performing at the Sanghi Sangeet Samaroh held in Indore between January 18th and 19th 2013.  Her other grand daughter Nandini could not make it as she was writing her paper next morning. The concert was organized in joint collaboration with Abhinav Kala Samaj and INTACH Indore Chapter and patronized by Mr Sharad Sanghi and family. Every year, it is poetically hosted by veteran speaker, host and writer Mr Sanjay Patel.